Why Latin? – With Latin!

Part One: In Which I Attempt the Impossible

In this series of articles, I will perform that proverbially impossible task – to pull yourself up by your own bootstraps. The question “Why Latin?” is common enough in classical Christian education, and I intend to answer it – in Latin. Is this a petitio principii, a begging the question? In using Latin to answer the question, am I not assuming what I’m supposed to prove? Only in the sense that, stricto sensu, strictly speaking, all education must be begging the question. C. S. Lewis once gave the illustration of a child offered a holiday at the beach, who refuses because he can’t imagine how a day at the beach could be more fun than making mud pies in his backyard. How would you prove it to him? You can’t – he’d never understand what you’re talking about without experiencing it for himself.

All education has the same problem. Every form of education is trying to turn you into a certain kind of person, but the student won’t understand what’s so great about that until he experiences it for himself – until he already has become that kind of person.

So my inspiration partly comes from this excellent little video. 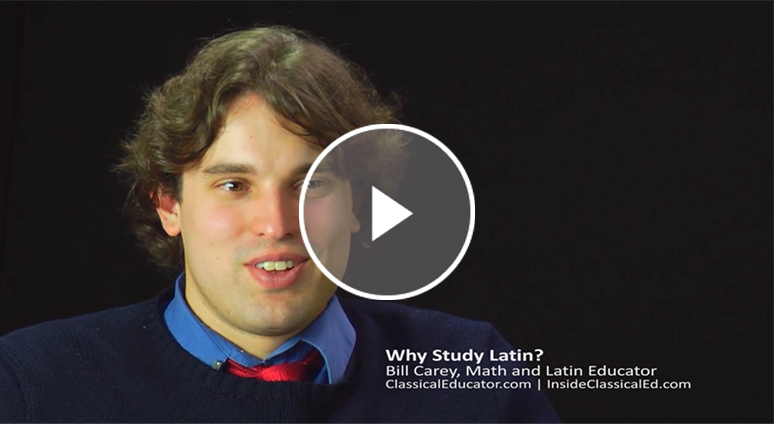 I recommend you watch it, but, beginning in Part 2, I’m going to take a slightly different approach. I’m going to give you a few quotes from authors who wrote in Latin about why the study of Latin is essential for a good education. Don’t worry – I’ll translate them as well! Next time, we’ll get introduced to the famous Roman Cicero, and see what he has to teach us about the art of writing.